Even big things have small beginnings. A small developer with a shuttered video game refined and released its internal chat system, at one point begging companies and friends to give it a try.

That application was Slack, and since its launch in 2014, the company has gathered a reported 1.5 million paid and 5 million daily active users,ranging from Fortune 500 companies to dentist's offices and NASA's Jet Propulsion Lab. The messaging start-up was valued at $3.8 billion in 2016 and has been in talks this month to raise another $500 million at a $5 billion valuation. It's also reported to have attracted the attention of some deep-pocketed potential acquirers, including Amazon.

But Slack's high-tech roots and rags-to-riches story defy a traditional business secret to its rapid success, one of the most basic tricks in the sales playbook: word-of-mouth marketing. An overwhelming 58 percent of small-business owners identify word-of-mouth marketing as the most effective way to communicate with customers and potential customers, according to the recent CNBC/SurveyMonkey Small Business Survey.

Bill Macaitis, Slack's first marketing hire and former chief marketing officer who now runs his own board advisory firm, has said the value of such referrals comes from a desire for quality purchases, and a lack of time among potential customers to research and assess the onslaught of information. A recommendation from a close friend or colleague cuts through the noise.

Macaitis told the Saas Revolution podcast, hosted by SaaScribe, that the "bar has never been simply, Did they buy from us and we're happy. It's not if they bought. It's not even if they renewed. It's would they recommend us. And if they recommend us, they're going to have a better experience, they're going to talk to our peers, and we're always going to have a very strong, healthy, organic order-based growth curve."

"Since we started, we've seen grassroots adoption at all levels drive growth," said Kelly Watkins, head of global marketing at Slack in an email to CNBC. "Slack has been recommended by millions of people around the world — something that remains instrumental to our momentum today."

Word-of-mouth marketing has a domino effect

"Once I got my first client ... I started getting referrals," said Gabriel Shaoolian, founder and CEO of Blue Fountain Media, an advertising company. "One referral led to another referral and another referral." Shaoolian said he began his company by over-delivering on service, giving his original client a website worth more than what they paid for.

Shaoolian says his initial goal was to get that all-important reference.

"When you're first starting out, you need to prove yourself," Shaoolian said. "And you need a killer portfolio." Free hours are part of the price to pay for getting an enterprise off the ground; the one mistake he says small companies make is charging exacting amounts without the support of a strong portfolio.

The CNBC/SurveyMonkey Small Business Survey found that after word-of-mouth marketing, social media is second in marketing efforts, at 40 percent.

How small businesses share news with customers and leads

Advertising on the internet (not social media)19

Advertising on the radio6

Today many young business owners are defining word-of-mouth differently — digitally. Taking a business online is a critical step in spreading the word.

Antara Dutta, an entrepreneur who has founded two businesses and serves as a mentor in the volunteer SCORE program for entrepreneurs, said type of social media may vary based on product — lipstick sellers may prefer Facebook or Instagram, while a résumé advisor might want to stick to LinkedIn. But the idea is always the same: Research the key words people use when trying to find what you're selling, and check if they're finding you.

Dutta says that with the key words in hand, the next step is to plug that online presence into social media. This helps collect the recommendations, endorsements and ratings needed to grow the business online and off.

Businesses that scale successfully take advantage of a combination of traditional word-of-mouth and digital presence.

Macaitis told the Saas Revolution podcast that even as Slack grew, it never left its word-of-mouth effort behind:

"Word of mouth is definitely our biggest acquisition channel. As we pushed into a number of parallel marketing efforts, everything from around content marketing to nurturing to advertising and all the different channels we do there has helped accelerate that core word of mouth. But I've always believed you have to have word of mouth." 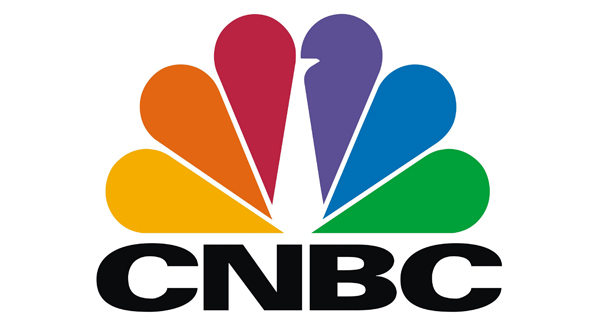